Reprinted from the Orange County Register. May 25, 2015

At 45, Ed Burns found himself searching for a career in the civilian world.

After more than 20 years in the U.S. Marine Corps and deployments to Afghanistan and Jordan, the San Clemente resident considered a range of career choices, from government contract work to construction management.

"At some point everyone needs to make the transition," Burns said. "We all go in different directions."

That wasn't the case.

After his return to civilian life in January 2014, he looked for his new path with little success at first. He managed to open his own business installing blinds, but not before months of waiting for phone calls from employers that never came.

What Burns experienced in his four-month job search is a common obstacle encountered by post 9-11 veterans returning from war and trying to find their way in civilian life. While many people thank veterans for their service, that gratitude stops short of viewing them as potential hires, according to veterans and their advocates.

"With this outpouring of support, they kind of come into the civilian world expecting that they're going to get a job – and they're encountering a different scenario," said Andrew Vagley, an organizer with the Veteran Business Network, which is working to build support for veterans in the business community.

The general population is overwhelmingly exposed to images of needy veterans – so much so that it can color people's thinking about all veterans, said Shelley Hoss, president of the Orange County Community Foundation, which commissioned the University of Southern California for a first of its kind survey on Orange County's veteran population.

"What the public is seeing constantly is veterans who are wounded and broken," Hoss said. "Such a high proportion ... come back after serving their country being painted with this very negative assumption."

Vagley, a veteran himself, said that mentality can prove a barrier to getting a job after the service.

"PTSD in my opinion is so loosely and incorrectly used," Vagley said. "It's become this social stigma people assume is attached to any active duty veteran. They look at us differently. Like we're less than whole."

Veterans, however, bring a skill set that many new hires don't always come equipped with, said Gene Galloway, the chief executive of Irvine-based Plaza Bank. Of his 85 employees, seven are veterans.

"They work hard," Galloway said. "They understand it's not necessarily 8-5 and all about 'me.' It's about team."

While there are social stigmas attached to the word 'veteran,' Galloway said that what most employers don't realize is that everyone has a story.

"Everyone has baggage," he said. "It's just a different type of baggage."

Burns found his calling after he was introduced to Home Franchise Concepts, an Orange-based company that grants discounts to veterans who open franchises of its blinds and walk-in closet installation businesses.

Conversations with his neighbor about wanting to go into business for himself led Burns to Budget Blinds, a subsidiary of Home Franchise Concepts. The company granted Burns a $35,000 discount to open a franchise – a significant reduction of the typical $75,000 fee.

Todd Jackson, a co-founder and COO of Home Franchise Concepts, saw that his veteran franchisees worked hard, and he wanted to get more former military members to open their own branches of the company's three brands: Budget Blinds, Tailored Living and Concrete Craft.

To reduce the barriers that the initial fees created, the company gave away $1 million in discounts to 34 veterans so they could open their own franchises.

"We just started looking for what programs are out there for our veterans, and there's just nothing," Jackson said. "Our goal is to give them the means to get control of their own lives. Franchising gives them that structure and allows them to run the business as they see fit."

Burns is now nearly one year into running his Budget Blinds franchise for the Costa Mesa area, and he likes the work.

"You have so much responsibility in the military, it's really nice to be just responsible for yourself," he said. "I love it. I really do. I love being my own boss. I love the service we're providing."

His training in the Marine Corps sets him apart from the competition, he said. His polo shirts are crisp and tucked in. He's neat in his appearance, clean shaven with his hair tightly trimmed. He never misses his appointments.

"We have a saying in the Marine Corps: If you're not 10 minutes early, you're late," Burns said.

The new programs from his parent company pave the way for other veterans who don't have enough saved or can't find a loan to start out in business for themselves, Burns said.

"Now they don't have to take a deep dive in their savings account and can continue living and surviving while they build a business." 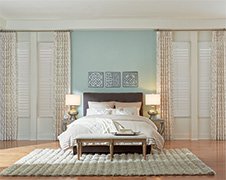 As veterans seek to reinsert themelves in the workplace, one Orange-based company is helping set them up in business

After more than 20 years in the U.S. Marine Corps and deployments to Afghanistan and Jordan, the San Clemente resident considered a range of career choices, from... 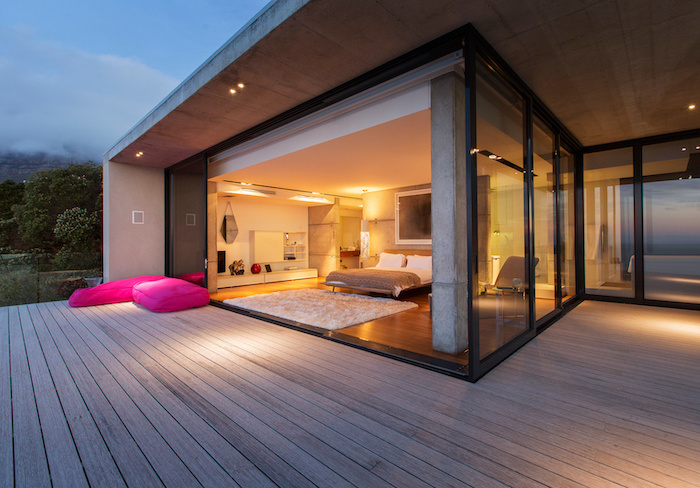 Ready to dress up your doors, boost the flexibility of your living spaces and enjoy every amenity your home has to offer to the fullest? Window treatments can help you accomplish all those goals.