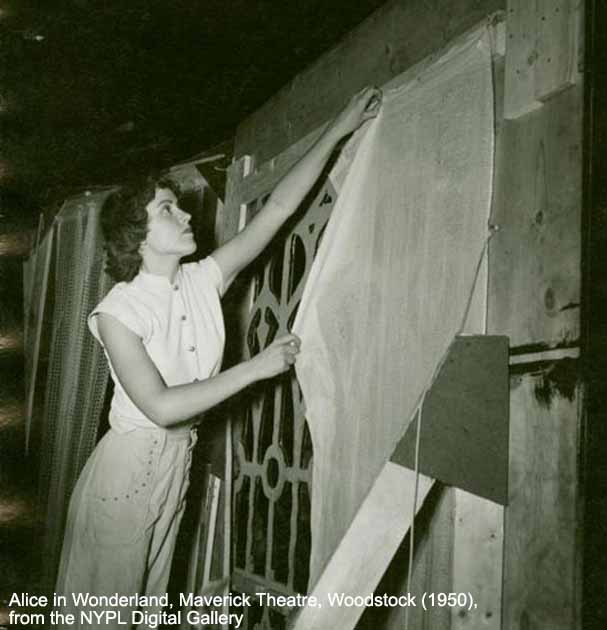 It seems everything has a past; curtains are no exception. While the history of curtains may not be quite as interesting or as colorful as, say, a celebrity's past, it certainly does shine an interesting light on why curtains are not only functional but a must-have decor items as well.

You may know several people who insist they have no need for curtains. They may argue that curtains are more trouble than they are worth, are hard to keep clean, that it's difficult to find curtains that aren't completely hideous, or that they are simply unnecessary. These are not the kind of people you need in your life. On a serious note, we're going to walk you through some of the most interesting parts of the history of curtains and we guarantee you will finish this article with a new appreciation for this seemingly simple yet intriguing invention.

As with just about anything in life, curtains came about due to a functional necessity. Back in the days before central heating and cooling, people lived in homes that weren't very well built. The windows and doors were quite drafty and allowed freezing winds to blow through. Homeowners started hanging large pieces of heavy fabric in front of the windows to keep out the draft, and the curtain was born.

History states that the earliest curtains were actually made from animal hides. Once the trend caught on, people started looking for ways to make these draft-stoppers fashionable. Along came the advancements in textile production and a new generation of fabrics took center stage. Linens and flax were first developed in Egypt. Later, wool, silk, and cotton were woven into fabrics that would change the course of clothing and drapery forever. 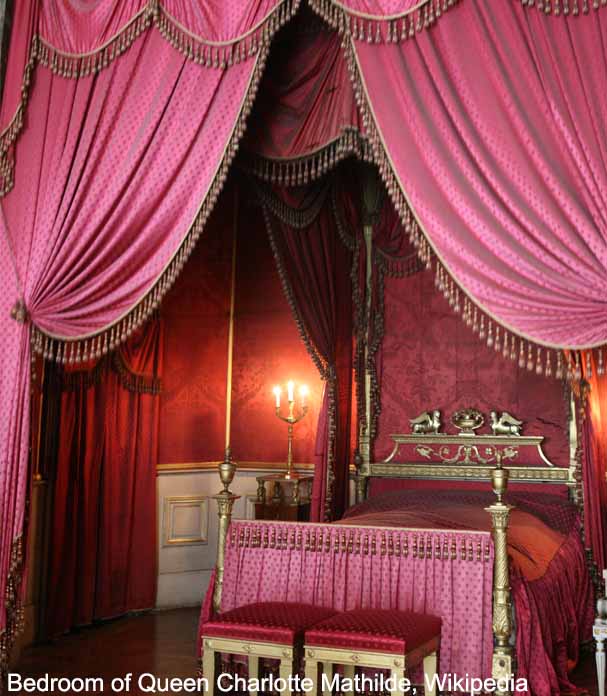 Imagine, if you will, early England. Castles there were known to be cold, dark, damp places and with the dawn of curtains early people had a choice to make. They could either hang their heavy curtains and tapestries over the windows and doors to keep out the drafts or they could keep the window clear of curtains in order to let the natural light flow through the room. Even with the large fireplaces burning for warmth, many opted to keep their curtains closed, making rooms exceedingly dark even during daylight hours. You can imagine how thrilled people were when, in the early 13th century, the Italians succeeded in creating glass, and thus, the modern-day window came into being. No longer did people have to choose between keeping drafts out or letting sunlight in. They could finally have the best of both worlds.

When we look back through the history of curtains, we see that Asian cultures were using fabrics and tapestries to cover windows and doors long before the trend caught on in Europe. Persians, Indians, and the Chinese even used curtains as dividers to separate rooms. The elite hung curtains made from the finest fabrics around their beds for added privacy and luxury. Curtains, it seemed, had graduated from being simply functional to functional and stylish. 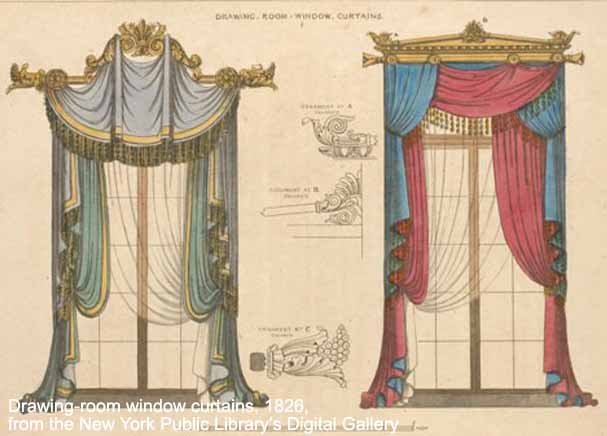 The late 1800's brought about mechanization and mass production of clothing, bedding and linens making these items more affordable for the average citizen to purchase. Curtains were no longer only for the elite, but could also be incorporated into even the most modest of homes. Soon textile production experts began to experiment with the creation of different weights and designs of fabrics. We see the birth of sheer fabrics come about after 1850 along with other fabrics resembling our modern-day lace or netting. Curtains became fancier and more elaborate as people used design and fabric choice to separate the upper class from the middle class. Vibrant colors and trimmings also became an essential part of curtain design and development.

By the 1950's every home in America was adorned with just the right curtains hanging in the windows of each and every room. We see a somewhat simpler design than those historians describe in early English castles, as the 50's and 60's were remembered as a "less is more" time period. Curtains were most always kept to a simple panel; functional, simple and tidy. It is later that we see more billowy, ruffled curtains become popular.

Today we see curtains as a way to express our individuality and design tastes. We wouldn't think about leaving a window naked or undressed, as we value our privacy but also like to remain environmentally conscious. Using curtains for functional purposes helps us use natural lighting rather than having to use electricity. Using curtains for design purposes is just plain fun and helps to create a feeling of comfort to a home.

Curtains have quite the history, wouldn't you agree? Who would have thought that an idea as simple as hanging fabric would have such an impact on how we function in our daily lives? Think about it; what would you do without the curtains hanging in your home right now? Would you feel vulnerable having your windows wide open to the public? Would you notice a change in your emotional state sitting in a room where you once felt comfortable and cozy, but now with the absence of curtains, the room just doesn't have the same feel? We bet you'll never look at another curtain quite the same ever again. We know we won't. 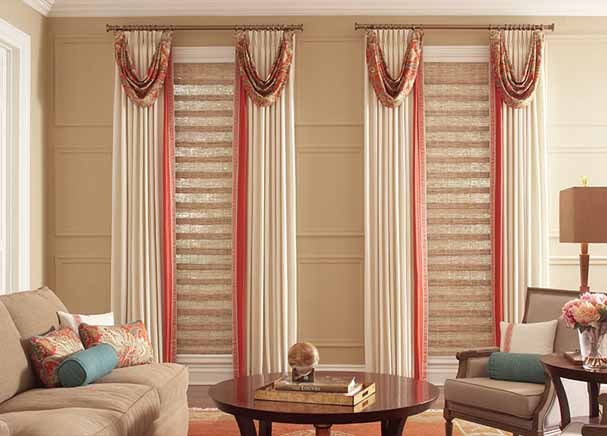 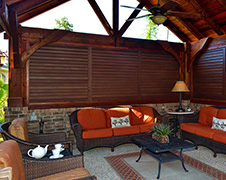 Ways to Make Your Space a Self Care Sanctuary

Self-care during this time is so, so important. Fortunately, making a few small changes to your home decor can gradually transform your space into the quiet, relaxing vacation spot of your dreams. Here’s how. 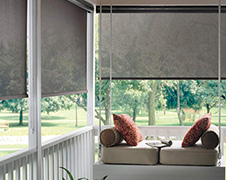 Patio weather and summer sunshine have been a saving grace during these troubling times—and, if you’re anything like us, you’re not ready to let go of picnics, patio dining, and neighborhood lawn chats. Here’s how.