Solar screens in Olympia don’t get the best reputation in the winter months. That’s mostly due to the way they don’t offer the best privacy on a night, and they don’t really help with managing the heat. However, it is still worth having them up.

You can always manage the downsides of solar screens in the winter months. There are benefits to gain.

You’ll Block the Glare Shining Through the Window

The biggest benefit of having solar screens in Olympia is managing the glare. You get this even in the winter months. In fact, the winter can be more problematic for glare.

During the day, you have the sun bouncing off the snow or wet grounds. This leads to extra glare shining from the bottom of the window as well as the top, so you need to find a way to block the glare from the entire glass pane. Solar screens make it possible to block the glare without losing the natural light—and it's dark enough during the winter months so you don’t want to do that!

You’ll also be able to block the low sun during the evening. As the sun sets, it can be off-putting and cause problems for certain rooms. You want to prevent the glare from becoming an issue, but you don’t necessarily want to lose the natural light at this time of the day.

You will still gain privacy during the day. The privacy comes from the direction the light shines through the windows, so during the day you block the view into your home. This is important throughout the year.

During the winter, you want to block the view without losing the natural light. You already lose a lot of light during the winter as it is. Solar screens make it possible to gain both privacy and light at the same time. There’s no need to make any sacrifices.

There is an issue on a night. You don’t have the privacy when the lights are on inside the house. However, at this point in the night, you’re likely to use thicker window coverings to block the heat loss. Privacy is not an issue.

The Downsides Are on a Night

Downsides of solar screens in Olympia happen on a night. You don’t have the privacy, and you don’t really have something that blocks the heat from escaping. Neither of these problems are likely to actually be a problem for you, though.

You’ll have another layer for the evenings. This is usually a set of thermal drapes that are great temporary options for the winter months. You can block the heat loss and you manage that privacy issue at the same time. Plus, the thermal drapes just make you feel mentally warmer because they offer that cozy look.

It's time to look past the downsides of solar screens in Olympia. They offer some excellent daytime benefits, even during the colder winter months. Now you just need to choose the color that’s right for you. 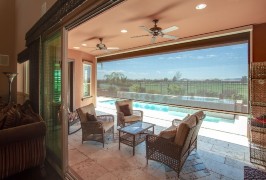 Winter Is Over. Let the Sunshine In!

Winter's over, and it's time to let the sunshine into your home. It's also time to look at your window treatments and determine if an update is needed. 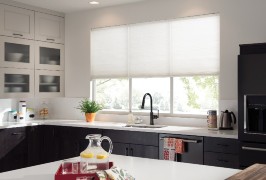 How to Winterize Windows

Carefully winterize your windows for cozy cold-weather protection from the chill.