While you know you want to get window shutters in Tumwater, there are a lot of different styles to choose between. It’s time to cut out the overwhelm and just go straight to one particular type. It’s all about tier-on-tier shutters.

These types of shutters are the ones with the break in the middle. They work a little like stable doors, so you can open a top panel without touching the bottom, and vice versa. Why are they so superior compared to other shutters? Here’s why you need to consider them for your home.

While plantation window shutters in Tumwater and others with louvers don’t completely block the view to the outside world, they can cause a few problems. They do get in the way. You can get rid of that with tier-on-tier shutters.

The option with shutters is to open the doors in full. This means you lose all privacy, though, right? You also lose the light control. Well, that’s not an issue with tier-on-tier shutters. You’ll keep the bottom half shut, meaning you keep the privacy. You’ll open the top half, and you can usually see out of that part clearly.

You will still let the light in, though. This isn’t always a problem, especially on a cloudy day. In fact, sometimes, you want to let the light in without losing the privacy at the bottom, and that’s what these tier-on-tier shutters do.

Opening Window Shutters in Tumwater Won’t Get in the Way

You want to open the doors of the shutters, but you have a problem. The furniture by the window is getting in the way. This isn’t a problem when you can open the top half without touching the bottom.

The furniture won’t be halfway up the window. You’ll be able to open the shutters and let the light in without having to rearrange the room.

The only thing you need to look out for is walking around! If you don’t open the shutter door fully and lock it in place on the wall, you can end up walking into it. Think of what it’s like when your kitchen cupboard doors are left open.

Block the Light but Let in the View

Sometimes, it’s not privacy that you’re worried about. You want to control the level of light that is coming through the window, but you don’t necessarily want to block all the view in and out of the home. These types of window shutters in Tumwater remain great.

You open the bottom half of the shutters instead. The top half can remain closed, allowing you to control the levels of light coming into the home through the twists of the louvers. You’ll just have to deal with the furniture around the windows potentially getting in the way of the bottom half of your shutters.

You’ll get far more use of out your tier-on-tier window shutters in Tumwater than you will with other options around the home. Now is the time to invest in this stable door-like options.

Why You Need Fitted Cellular Shades in Tumwater

They are great for the majority of rooms in the home, but you’ll want to look at specific options. Fitted or custom-made shades are the best. 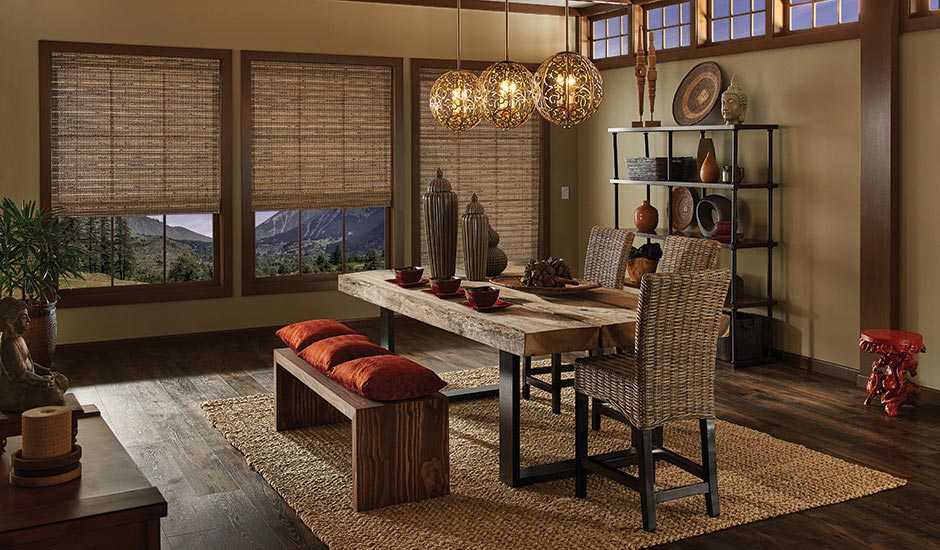 Are Bamboo Shades in Olympia Any Good for a Child’s Bedroom?

Bamboo shades in Olympia are one of the types of window coverings highly recommended for all needs.