You’ve decided you want shutters in Carbonado. You’ve even decided on the specific style of shutter. This is great. Now it’s time to go out and buy them.

It will be tempting to buy some of the premade shutters that are out there. They are cheaper, and you’ll be able to find something that works for your needs. However, it’s far more beneficial financially if you spend the money on custom-made shutters. You’re not buying into a false economy.

One of the things we start with is size. When it comes to shutters in Carbonado, size really does matter. You want something that is going to fit in the window just right.

When you get premade shutters, you have to make sure they mount on the outside of the window. You’ll need to buy bigger than the windows because there’s no way to guarantee you’ll get something that fits within the window frame. The last thing you want are gaps where the shutters sit as you’ll end up losing heat through them.

Outside mounted shutters don’t always look right. And if you have a lip around the window frame, you’ll find making the shutters sit properly is next to impossible. With custom-made shutters, you’ll get something that fits exactly within the window frame so there are no sacrifices and no gaps.

Get the Exact Type of Shutters in Carbonado You Want

The next benefit of custom-made options is you get the exact type you want. With premade, you’re often limited to the styles that are available. This is usually either plantation shutters or barn shutters. They are the most popular when it comes to styles requested.

There are different types of shutters, though. You may want California shutters. Maybe you want Bahama shutters for the outside of your home. You’ll need to opt for something custom-made for these or you’re making sacrifices.

When you get something that fits your style, you’ll be happy with them in your house. They match the rest of the style of the home, and they offer the benefits that you’re needing.

Get Them in a Color that You Desire

Most people will choose white or other neutral colors for shutters in Carbonado. The good news is that you’ll get white shutters with ease when you’re buying premade. It’s one of the reasons people choose premade.

But what if you’re not going for neutral colors? If you’re adding shutters to the outside of the home, you may want to show off with brighter colors. Maybe you just know that you’ll always want to use the shutters as a base for your interior decoration, so you want them to stand out.

You could repaint premade shutters if you want, but you’re still dealing with the downsides mentioned above. Instead, you can get custom-made shutters that are in a color of your choice.

It’s time to spend just a little more on some items in the home. When it comes to shutters in Carbonado, you won’t regret going for custom-made options. 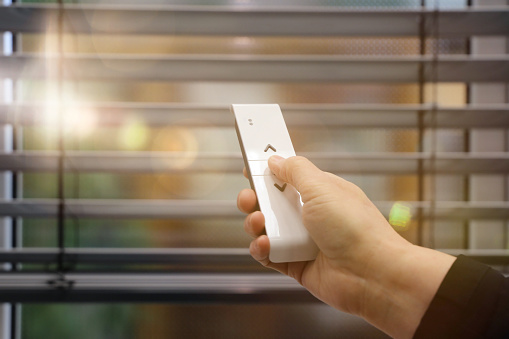 Why You Need Automated Blinds in Kent for Your Summer Cottage

Automated blinds in Kent don’t just help with that, though. They’ll help to keep your summer home protected.

One of the benefits you’ll hear about is the ability to control everything when you’re out of the house.